Both of my kids play instruments in the school band, and of course instruments frequently need maintenance. Child #1 plays the flute and Child #2 plays the Tenor Sax.

Of course, I start every search online, so I went to Google. In Saratoga Springs there are two places that come up in Google, Saratoga Guitar and Music Center and Cole’s Woodwind Shop, I have visited both.

Saratoga Guitar has two Saratoga locations, 75 Weibel Ave and 480 Broadway LL10. Don’t let the name fool you, Saratoga Guitar does much more than guitars. I have purchased last minute supplies when they still had the West Ave location for the Sax, including reeds and 2 mouthpieces so far.

Saratoga Guitar is THE place to go for instrument rentals it used to be at the 60 West Ave location. I was there the other day while a young lady was excitedly receiving her clarinet. They provide area schools with band and orchestra rentals.

When you need supplies for your instruments from reeds to neck straps, mouthpieces to cleaning supplies, Saratoga Guitar is the place to go. The saxophone things we need are always in stock, which is awesome because buying a mouthpiece on the way to the band concert can be stressful!
Saratoga Guitar sells the band books of sheet music the kids need for school. They also have a large stock of sheet music to play for fun! If they DON’T have the sheet music you need, they can ORDER it for you.

Child #1 needed some maintenance on her flute as well as a good cleaning. The people at Saratoga Guitar recommended calling Bill at Cole’s Woodwind Shop right on Phila Street and it is the perfect place. Bill repaired and cleaned the flute in just a few days and at an affordable price. They were able to give me an estimate up front so I knew exactly what would be done and how much it would cost.

Check out the photo page of Cole’s Woodwind web site to see all sorts of famous musicians who love Bill’s work. SPAC hosts so many types of musical performances and Bill looks like the go to guy for instrument repair. There are pictures with musicians from the New York Philharmonic to the Dave Matthews Band. Bill Cole has a fascinating story and has repaired instruments from the Saratoga Springs High School band and the famous band Chicago.

Thanks to Saratoga Guitar and Music Center and Cole’s Woodwind Shop, my kids have all the supplies they need to have fun playing their instruments. Repair and maintenance right here in Saratoga is convenient and easy.

Have you experienced the customer service at these locations? Tell us about it in the comments below. Where do you go for instrument needs in the area? Is there anywhere else?

The DMV Wasn’t Ready for Us

I brought my lovely, newly turned 16-year-old child #1 to the Wilton DMV yesterday afternoon to take her driving permit test. We had the application all filled out, her passport and her social security card. She did practice tests and felt ready. END_OF_DOCUMENT_TOKEN_TO_BE_REPLACED 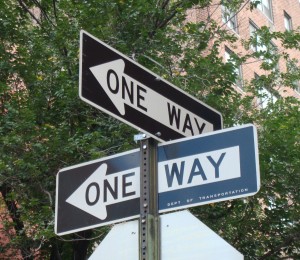 What you need to know before going to the DMV for your driving permit.

Child #1 turns 16 this weekend and she is ready to get her Driver’s Permit and start driving!!

Things have REALLY changed since I was 16. Don’t get me wrong, it was a long time ago, like 25 years ago. At the time, I was living in the Watertown New York area. Glen Park/Brownville to be exact. END_OF_DOCUMENT_TOKEN_TO_BE_REPLACED

I am Sharing my House with WHAT!? 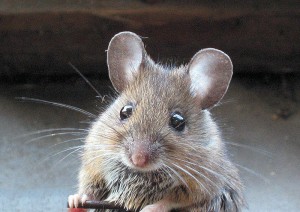 You can rent what seems to be a lovely house. It’s loveliness only goes so far when you find out other living creatures think living there is lovely too. END_OF_DOCUMENT_TOKEN_TO_BE_REPLACED