The Saratoga Springs community is famous for it’s Holiday Festivities. We are not going to let the Coronavirus dampen our hearts.

Upcoming Holidays in Saratoga Springs 2020 – What is Still Going On

The Holiday season is a fun time in Saratoga Springs. From the lights to the festivals there seems to be something to do the whole season long. 2020 has been an extremely trying time for everyone . While Saratoga County has reopened, we all still want to be safe. The folks working on the holiday festivals and activities are trying to figure out a way to still celebrate as a community, but be safe at the same time. Not an easy thing to do. Below is a list of the Saratoga Springs Holiday celebrations, festivals, and activities. Some are still taking place, but in a different way, some are even one is cancelled.

December 2020 is the 25th Festival of Trees held in the beautiful downtown Saratoga Springs City Center. The Festival of Trees is an annual fundraiser benefiting Catholic Charities of Saratoga, Warren and Washington counties. This year will look a little different, including online purchasing. 250 decorated and lighted trees, wreaths and centerpieces are set on display to walk around in astonishment. Some of these Festival Trees are for sale. There will be no breakfast or sundaes with Santa. Instead families can opt for a cookie decorating kit or a phone or video call from Santa!

The Victorian Streetwalk (also called the Victorian Stroll) is a wonderful way to begin the holiday season. Usually, for one night, part of Broadway is closed so we can stroll around downtown Saratoga to visit shops, Santa’s Cottage, and enjoy food and live entertainment. It is fun to welcome Santa and Mrs. Clause who arrive in a horse drawn carriage, just in time to light the tree in front of Putman Market. The Victorian Stroll features live entertainment with singers dressed in old Victorian garb, ballerinas dancing in store windows, and performances from local bands and school choirs.

However, 2020 will be different – instead of only one night, we get the whole season!! It’s called the Victorian Streetscapes! It begins on December 3rd with the Saratoga Springs Christmas Tree Lighting downtown in Putnam Square. And this year there will 60, decorated Christmas trees all up and down Broadway in front of the local businesses. You can get maps of downtown with parking information.

Holiday Celebration: Visit from Santa and Mailbox to Drop off Letters

We all want Santa to be safe this Christmas, so he will not be able to join us in his cottage this year. But don’t worry! Kids can leave their letters for him in his special mailbox in front of his Saratoga Springs Downtown cottage. Also Santa has come up with a great idea to still visit us by riding on a big firefighter ladder truck. Those lights and sirens are sure to let us know when Santa is in our neighborhood!

When Will Santa Visit for a Pre-Christmas Saratoga Springs Visit?

Santa will be riding on a firetruck passing through many areas of Saratoa Springs spreading his Christmas cheer. Firefighters will join him playing Christmas songs as he rides through town.

Not located in Saratoga Springs, but still an awesome activity for the holidays is the Capitol Holiday Lights in the Park. From November 23 to January 3rd join the festivities at Washington Park in Albany. Safely in your car, you will drive through a music filled, fantastic light display. Tickets start at $25 per car. As you drive through you can also stop and get tasty snacks including kettle corn and cotton candy. Check it out Sundays through Thursdays 6:00 PM to 9:00 PM and Fridays and Saturdays 6:00 PM to 10:00 PM.

Said to be the biggest New Year’s Eve party in country outside of NYC, First Night is a celebration of community and welcoming the new year. It is a family friendly event with plenty of food and live music. Fireworks display at sunset then a night of live entertainment, activities for kids, and drinking for adults. Each year a poster is created for the event, which is featured on a button that gives the wearer all access to everything happening at the Saratoga First Night Celebration. Unfortunately, Saratoga Springs First Night 2021 celebration has been cancelled. “A lot of what First Night entails, we can’t even do right now,” said Louise Kerr, the executive director of Saratoga Arts, according to The Daily Gazette.

I will update this page as soon as I know more. In the meantime…

Thanks for reading! I hope this helps! :o) 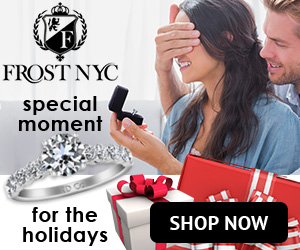 2021 Guide to Pumpkin Patches and Pumpkin Picking in Saratoga Springs NY One of the best things about fall, beside the cool, crisp air, is the pumpkins! I've already seen neighbors making beautiful displays of hay bails and pumpkins, get us all ready for fall. Of...

5th Saratoga Recycles Day held by Sustainable Saratoga Saturday, October 2, 20219:00am - 12:00 noonSPAC Parking Lot West side on Route 50 (you'll see it)$5.00 per vehicleIt is for everyone from everywhere$30 per TV, limit 4 per vehicleExact amounts are really...